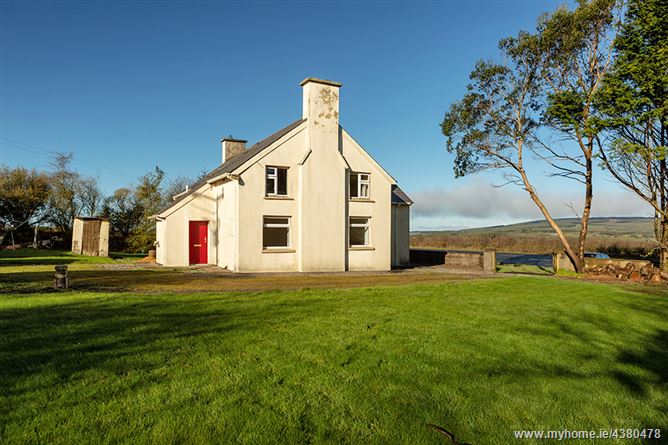 Monamean Schoolhouse was built in 1911 and operated as a school until the late sixties. The original school was a one storey building housing two classrooms with sliding partitions between them and an entrance come cloakroom for the teachers and pupils at the front. You can still see the track for the sliding partition in the hall floor. Each classroom had two long windows and a fireplace, although the fireplace on the east side has been blocked up for some years. The original pitch pine floors are still in the two classroom areas. The entrance to the school was through the front of the building facing the road. Originally there were two doors on the east and west side where there are now two windows. The original door from the entrance into one of the classrooms is still there while the other door into the other classroom has been blocked up. You can see this in the lounge as an alcove. The derelict building at the back of the property housed the toilets. The original stone walls surround the property on two sides are in reasonable repair except for a few parts.

Over the last twenty years the current owners carried out a lot of work which included re-rendering the outside of the house, installing new guttering, new roof and windows, rewiring, plumbing, installing oil-fired heating, new fireplace, new kitchen, two new bathrooms with electric/power showers and a new front door.

For the person with vision and imagination this property may be the one for you! Dungarvan a Great Place to Live

Dungarvan, a town that has everything. Let us help you find your dream home in the Sunny South East.

Dungarvan Office Hours:
9am to 5pm – Mon to Fri

Brian Gleeson M.I.P.A.V. M.M.C.E.P.I. R.E.V.
Brian Gleeson Property are based in stunning West Waterford with offices in Dungarvan and Ardmore, County Waterford, Ireland. We service property markets all across West Waterford, County Waterford and East Cork. We also act as property brokers for clients. All property particulars and plans are given as a general guide only. Please read our terms of use and privacy statement for more details.

Manage Cookie Consent
To provide the best experiences, we use technologies like cookies to store and/or access device information. Consenting to these technologies will allow us to process data such as browsing behavior or unique IDs on this site. Not consenting or withdrawing consent, may adversely affect certain features and functions.
Manage options Manage services Manage vendors Read more about these purposes
View preferences
{title} {title} {title}